Why the Scottish Rite is the Focus of Dan Brown's Message

If you have not read Dan Brown’s new book, The Lost Symbol, you may want to pick up a copy. Of course, a good detective novel is always fun and few writers are better than Brown at weaving a good story around hidden things. But the underlying theme of the Lost Symbol is the Ancient Mysteries. The journey or quest for discovery of what is hidden in Brown’s book is nothing less than the Lost Word! There’s scarcely a Freemason who would not recognize this as one of the foundational themes of our Order!

This makes the message of Brown’s book a bit more than blasé for the more astute members of the world’s oldest fraternity.

In the novel, one of the principal characters is a fellow named Peter Solomon (memorable name). It turns out he is both the Grand Commander of the Scottish Rite in Washington DC and Worshipful Master of his Lodge in the nation’s capital. He spends a good bit of time alluding to the knowledge of the Ancients and their traditions of study. In the story, Solomon posits that what science has recently learned with its new discoveries concerning the structure and progress of the universe was also known by the ancient philosophers, mathematicians, religious scholars and mystics. Our new science is, in fact, old knowledge.

Of course, this comes as no real revelation to Scottish Rite Masons since we spend a good deal of our time learning and discussing the ancient wisdom traditions. The Rite devotes five Degrees specifically to the Ancient Mystery religions. In fact, the Mysteries in general are woven around many of the Degrees.

We all know the purpose of the Mysteries was to purify one’s body and mind, and increase one’s awareness of his spiritual identity as he made his personal journey to self-discovery. But the Mysteries had another profound aspect which directly ties to the theme of the Lost Symbol. This characteristic was first articulated by Clemens of Alexandria when he revealed that “what was taught in the great Mysteries concerned the Universe, and was the completion and perfection of all instruction.” The Mysteries had many other features, but this overriding cosmic idea dealt with questions of the sun and stars, the universe as the creation of God, and of man’s place in it.

In Brown’s book, this theme resonates notably. The greatest enigma of humankind is the question of who, or what, created the Universe. Until recently, science and psychology have taken a sort of atheistic approach to the idea of a God-inspired creation. Science and psychology thrive in a world of statistics. In the examples of psychology, the investigation always centers around normal human development. Psychology uses “normal” as a statistical concept--measuring all behavior around it.

Likewise, Science uses logic to test theoretical ideas. Thus, asking a scientist to involve a supernatural agency that transcends the laws of physics to explain what they already know came to be because of a big bang, is asking a bit much.

But new advances in what scientists know in their understanding of the very early universe has transformed the entire debate, and recast this age old puzzle in a totally different light. Before 1940, the central idea of physics was that there was no big-bang moment at which time all matter was created. Instead, the Universe just was; and as it expanded, new particles were continuously created to fill up the gaps so that the average density of the universe remained unchanged. The idea was that any individual galaxy simply passed through its life cycle, and when its stars died, new galaxies were already formed from the newly created matter to replace the old. This was called the “steady-state theory” of the universe. It has no beginning or end.

For many scientists, the theory was particularly interesting because, by abolishing the “Big-Bang” theory, they had once and for all removed the need for a Creator. The universe could operate like a perpetual clock that is self winding. Such a place doesn’t require any Divine intervention to start it or keep it running.

Fortunately, the steady-state theory fell out of favor not on philosophical grounds, but because it was proven by large radio telescopes to be false. Then, in 1965, it was discovered that the universe was, in fact, bathed in heat radiation—which has since proven to be a relic of a big bang. All of a sudden, the designer argument could not be categorized as right or wrong. Astronomer James Jeans proclaimed that “the universe appears to have been designed by a pure mathematician. It begins to look more like a great thought than like a great machine.”

Hello! Do we need to be reminded again of the meaning of the letter ‘G?!!’

Well, even the early Greek philosophers recognized that the order and harmony of the cosmos demanded explanation. Newton himself believed “this most beautiful system of the sun, planets and comets could only proceed from the counsel and dominion of an intelligent powerful Being.” The problem is that, while clear evidence of design exists so much in nature, its proof remains hidden in some way from us. And we can’t use logic alone to make such discoveries. Scientific proof can take us only so far. To go past that point requires faith.

But the problem with faith alone is that it is so often untrustworthy. How can one be sure that what he experiences is real? How can he guard himself against giving way to pure emotionalism in the belief that he is being transported only by faith?

The ancients knew that the answer to the dilemma of logic and faith was Reason. While reason, like science, could not take one into the presence of Deity, it could stand to validate one’s faith experience while reinforcing one’s sense of logic. The Ancients knew that it was in this balance, this equilibrium between faith and reason where true religion could be found.

Do our rituals not teach of the balancing power of wisdom, strength and beauty in all things? Is not the search for what is hidden always a constructive process when guided by logic, faith, and reason? And isn’t the acquisition of knowledge and wisdom the true labor of life?

When we probe the mysteries, we are always engaged in metaphysical work. And to consciously engage in this kind of work is Initiation.

This was what Peter Solomon knew. Or perhaps it is what Dan Brown knows and is trying to tell the world through him.
Posted by Robert G. Davis at 4:44 PM No comments: Links to this post

Are You a Master Mason?

A lot of men ask me if I think every Mason should be a 32° Mason. Since I am privileged to serve the craft in Oklahoma as the Secretary of one of the most popular and respected Scottish Rite organizations in America, you would think I would enthusiastically respond in the affirmative; touting a long list of reasons why it is so very true that all Masons should be Scottish Rite Masons!

Well, you might be surprised to learn that my answer to this question is “no.”

I think what we get out of Masonry depends so much on how we feel in our heart about being a Master Mason. We all know that some men are Master Masons in name only. Remember—we are admonished by the Worshipful Master well after we have taken all the obligations of Craft Masonry that we are not yet Master Masons; and we may never become Master Masons. We are told of a journey we must first make, and are informed the path will be arduous at best. We are warned that if we do make it, we will make it only as a matter of faith and will.

It turns out this journey is no less than our own life journey. And, for every one of us, that journey is still a work in progress. In a very real sense, we are all Master Masons at times; while, at other times, our actions fall short of the ideals we are taught in Masonry.

In evaluating how we are doing, here are some important questions: Have we done anything different with our life since we were initiated as Entered Apprentices? Do we know we are better men today than before? Have we become transformed by our experience of becoming a Mason? Are we more caring, less selfish, more thoughtful, less judgmental, more sharing, less rigid, more willing to learn and grow and help others who are on the same journey with us?

There are many ways of testing whether or not we have done anything different with our lives since we became brothers of the Mystic Tie together. It’s really a matter of becoming aware that we are actively and consciously working toward our own personal growth and development. It is this awareness which makes Masonry the most important work we will ever do--because, in large measure, our happiness is based on ourselves.

This brings me back to my earlier response. Here’s the question I usually ask when a brother inquires about becoming a 32° Mason. Are you ready to make the journey into yourself to discover who you are and learn what it means to live a life of meaning; so that you will not only become a better man, but will also have made so lasting an impression on your family and fellowmen that they, in turn, will want to live like you?

You see, this is the kind of faith and will which ultimately makes us Master Masons. To be a good man is not the only qualification to be accepted. An appropriate intellectual and spiritual level of personal development is also to be considered.
If we are men of such hope and conviction; if we have a deep yearning to discover our inner nature and strive to make the best of our own life’s journey--to live a life that makes a positive difference to ourselves and others--then we are Master Masons; and the right kind of men to be Masters of the Royal Secret.

For such men, the "book of the world" lies open before them. The reward is in the journey.
Posted by Robert G. Davis at 1:40 PM 3 comments: Links to this post 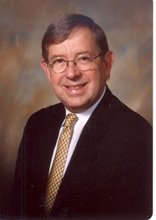